What Is Aerial Drone Photography?

Aerial drone photography is a great way to capture some unique angles of your property. Flying drones are available in many different shapes and sizes so that you can find the perfect one for each project!
They’re easy to operate with the automated settings that enable them to fly themselves without any user input. Plus, they have sensors onboard like GPS receivers, gyroscopes, barometers, and accelerometers, making it even easier by assisting pilots and ensuring everything goes smoothly while capturing awesome images from various heights ranging from 500ft up high down into ground-level details.

The addition of drones to the camera industry has drastically changed how many industries run.
Previously, it was impossible for workers in certain fields such as pipelines and building security (to name a few) to see what’s happening inside their work area – now they can with these unmanned aerial vehicles!
Law enforcement agencies also use drones during riots or protests when controlling crowds becomes an issue.
They’re even becoming popular among movie directors who like using them because you’ll start seeing more scenes filmed from above that will give viewers perspective on what’s going down since this is where most shots come from anyways!

Most drones that are available nowadays come with a built-in camera and a high-quality one at that. If you own an old quadcopter, attaching your GoPro is often the best option for recording footage as it can be mounted directly to the drone without any risk of vibrations affecting image quality.

Top drone manufacturers constantly innovate and create drones that can go farther, fly faster, and stream better video more reliably. Built-in cameras offer a much higher quality consistently, so it’s best to invest in one before you start flying your first flight. To allow for the increased range of connectivity when broadcasting live from your drone, be sure to purchase a transmitter beforehand too!

You might be thinking that your drone photos are terrible compared to all the beautiful shots you see online. The truth is, it’s easy for other people who have more experience with drones and camera equipment than you do! If this sounds like something you’re struggling with, here are five tips to make sure those pictures from now on look just as good:

First, To take good photos, use a shorter lens and higher shutter speed. Second, it is important to keep your camera steady so that it doesn’t get knocked around by the wind while in flight!
If you are using a 100mm lens with 1/500 second shutter speed, then 200mm results will be even better because of how much more movement there’ll be from the air currents due to longer distances between yourself and desired subject matter.

Another great tip when taking pictures from your drone is to set your camera’s contrast as high as it will go if haze becomes a problem. If the problem persists, you may also want to shoot with an infrared filter that can help add color back into black and white video. Using filters such as ND, UV or Haze usually worsens picture quality in the air, but red-filtered images can bring some colors back!

Now that the world is filled with amateur photographers, it’s essential to make sure you’re doing things right. If you’ve never flown a drone before and go out on the streets without any training or precaution, what could happen?

If someone who has no experience flying drones goes outside to take photos for their first time straight from home – they’ll be risking themselves in more ways than one.
Not only are there several rules about how far up and away your new toy can fly while still maintaining contact (and additionally not crashing into anything).
But also every person within proximately whose livelihood depends on privacy will most likely have something negative say if all of a sudden they find an unmanned camera hovering over them at close range as though eavesdropping.

When you fly a drone, be sure to stay away from airports and other highly populated areas. It’s not hard to avoid those places when your drones are equipped with GPS trackers to help detect their location.
And if it comes down to confidence in what they’re doing, the more time spent practicing will give them an increased comfort level for handling any situation while flying! 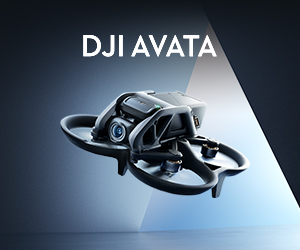